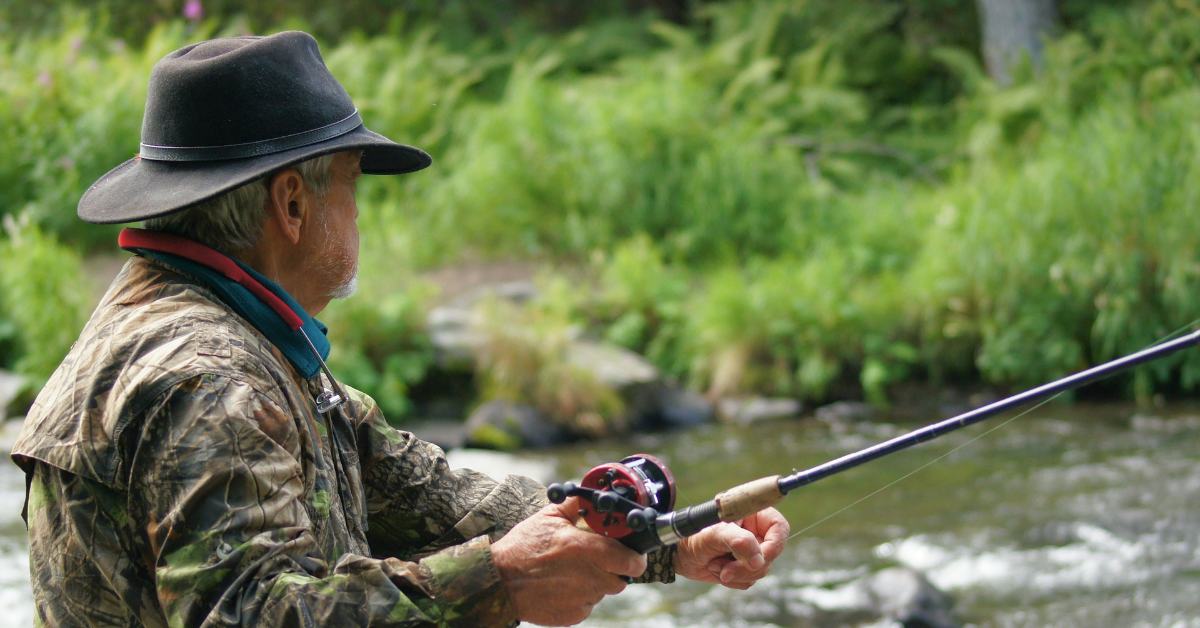 This blog post will list all of the states where you can find salmon and inform you about the different types of salmon that live in each state. So, if you’re ever feeling adventurous and want to try your hand at catching some salmon, read on! What states have Salmon in the US? You’ll be able to plan a trip based on this information.

What States Have Salmon?

While some might think that all salmon are the same, there are several different types of salmon found in the waters of the United States, with Alaska being home to five of the six salmon species. The five species of salmon found in Alaska are chinook, coho, pink, sockeye, and chum salmon.

Chinook salmon are also king salmon and can weigh up to 100 pounds. Coho salmon are silver salmon and typically weigh between 8 and 12 pounds. Pink salmon are the smallest of the Pacific salmon, weighing in at an average of just 3 pounds.

Sockeye salmon are often called red salmon due to their bright coloration during spawning. Lastly, chum salmon can weigh up to 20 pounds but are more typically around 8 or 10 pounds. While all five species of Salmon found in Alaska are great for eating, each has a slightly different flavor profile due to their diet and environment.

For example, chinook salmon that migrate upriver tend to be fattier and have a richer flavor than those that stay in the ocean. So whether you’re looking for succulent sockeye or a hearty chinook, you’re sure to find the perfect type of Salmon for your taste in Alaska.

California is home to several types of salmon, including coho, chinook, and sockeye salmon. Coho salmon are the most common type of salmon found in California waters. They are typically silver in color, with dark spots on their backs and fins.

Chinook salmon are the largest type of salmon and can be found in fresh and salt water. They are usually red or pink, with white patches on their bellies. Sockeye salmon are relatively rare in California but can be found in some great lakes and rivers.

They are usually blue or green, with red spots on their sides. All three types of salmon are an important part of the state’s ecosystem and provide a valuable food source for humans and wildlife.

Oregon is one of the best places in the United States to find salmon. Salmon are fish that return to their freshwater birthplace to spawn. Oregon has five species of salmon: chinook, coho, sockeye, pink, and chum.

The best time of year to find them is between May and October. Oregon also has many streams and rivers where salmon live. The Willamette, Rogue, and Columbia Rivers are the most popular spots for catching salmon.

If you’re lucky, you might even spot a whale while you’re out on the water! Whales often travel with salmon as they migrate up and down the coast.

Washington is home to five species of salmon: chinook, coho, chum, pink, and sockeye. Chinook, also known as king salmon, are the largest of the five species. They can weigh up to 100 pounds and measure up to four feet in length.

Sockeye salmon are similar in size to pink salmon, but their red flesh and greenish-blue heads distinguish them. All five species of salmon can be found in Washington’s rivers and streams.

Idaho is one of the few states in the US with a thriving salmon population. Four main types of salmon can be found in Idaho: Chinook, sockeye, coho, and pink salmon.

Idaho is home to wild and hatchery-raised salmon; each year, millions of these fish return to Idaho rivers to spawn. Idaho’s salmon are an important part of the state’s economy, with commercial and sport fishing bringing in millions of dollars each year.

In addition, salmon are an important food source for many Idaho residents. Whether you’re looking to catch your dinner or want to enjoy some fresh seafood, Idaho is the place to be.

Also read: How Does Salmon Get Its Color?

What State Is Known For Salmon?

Idaho is one of the best states in the US for salmon fishing. The state is home to several major rivers, including the Snake River, known for its large and plentiful salmon populations. Idaho also has several smaller streams and rivers that support healthy salmon populations.

In addition to being a great place to fish for salmon, Idaho offers several other recreational opportunities, such as hiking, camping, and bird-watching. Idaho is truly a paradise for outdoor enthusiasts.

Is There Salmon In Florida?

There is no wild salmon in Florida; however, the state does have several fish hatcheries that raise salmon for release into the Atlantic Ocean. Salmon are not native to Florida and cannot survive in the warm waters of the Gulf of Mexico.

However, they can be found in the cooler waters off the coast of Florida, where they are popular among anglers. Salmon fishing is best in the spring and fall when the water temperatures are cooler.

Can You Catch Salmon In Tennessee?

Yes, you can catch salmon in Tennessee. The state is home to several species of kokanee salmon, including chinook, coho, sockeye, and pink salmon. Tennessee also has many streams and rivers where Atlantic salmon live.

The best time of year to catch salmon is between May and October. If you’re lucky, you might even spot a whale while you’re out on the water! Whales often travel with salmon as they migrate up and down the coast.

What States Have Salmon In The US? Salmon can be found in many states across the US. While they are most commonly found in the Pacific Northwest, they can also be found in other parts of the country.

If you’re looking to get your fix of this delicious fish, there’s no need to travel far – it can be found near you! Have you ever cooked salmon at home? What was your experience like?