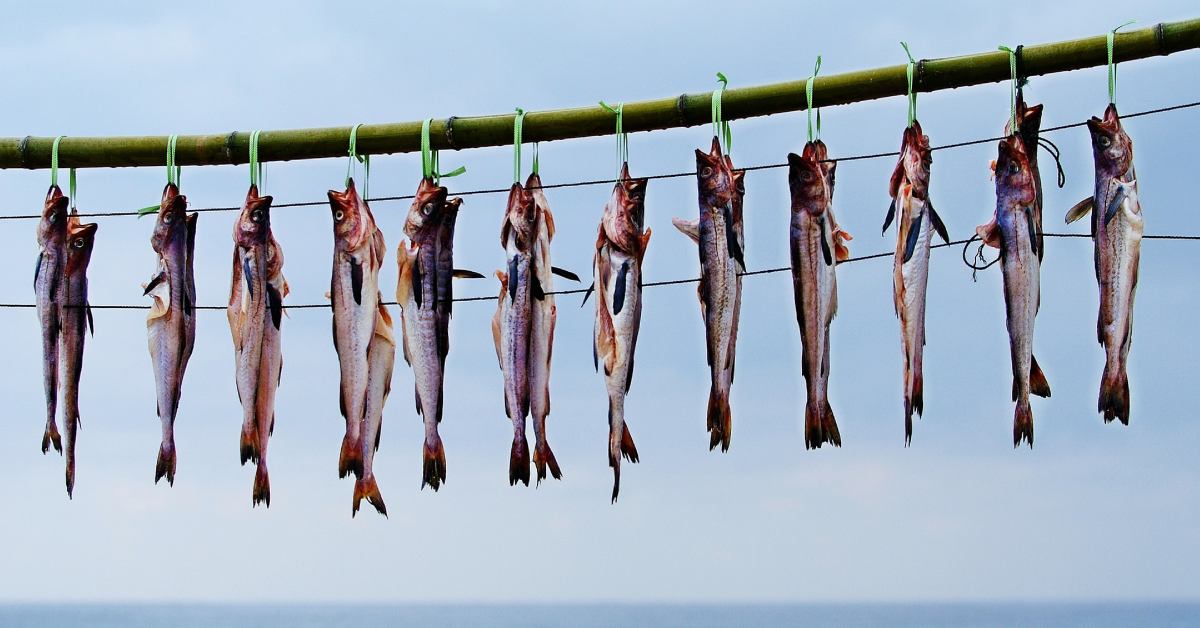 Alaska Pollock is a species of fish found in the North Pacific Ocean. It is a white-fleshed fish with a mild flavor and is often used for fish sticks and other processed seafood products.

Contents hide
1 The Main Differences Between Alaska Pollock and Salmon
2 Is Alaskan Pollock a Good Fish to Eat?
2.1 Is Pollock better than Salmon? No, it isn’t better. It all depends on your criteria.
2.2 FAQs – What are the main differences between Salmon and Alaska Pollock?

It is caught using large-scale commercial fishing methods and is an important species for both commercial and subsistence fisheries. The population of Alaska Pollock is managed by the North Pacific Fishery Management Council and the International Pacific Halibut Commission.

Now… the short answer to the question, “Is Alaska Pollock a Salmon?” is an unequivocal “no.” BUT, there is an important connection here.

“Bycatch” of Pacific salmon is a concern (a.k.a. “Collateral damage”). To reduce this, the commercial fishing industry has implemented measures such as using NOAA Fisheries Observer program data to close salmon bycatch hotspots to fishing on a weekly basis, and also testing a new salmon excluder device for trawl nets.

The Main Differences Between Alaska Pollock and Salmon

Alaska Pollock and Salmon are both fish species that are sought after for their commercial value. However, they have some notable differences.

Nutritional value: Salmon is a rich source of omega-3 fatty acids, while Alaska Pollock is lower in these beneficial fats.

Culinary uses: Alaska Pollock is often used for fish sticks, surimi, and other processed seafood products, while Salmon is commonly consumed as a fresh or smoked whole fish.

Is Alaskan Pollock a Good Fish to Eat?

U.S. wild-caught Alaska pollock is a smart seafood choice because it is sustainably managed and responsibly harvested under U.S. regulations.

Alaska Pollock is a fish species that belongs to the cod family, it can grow up to 3 feet long, but typically reach lengths between 12 and 20 inches and weigh between 1 and 3 pounds. They have speckled coloring that helps them blend in with the seafloor to avoid predators.

Pollock is a fast-growing fish species with a relatively short life span of about 12 years. They migrate inshore to shallow waters in the spring to breed and feed, and move back to deeper waters in the winter. Pollock are found throughout the North Pacific Ocean, but mostly in the Bering Sea.

They live in large schools in waters between 330 and 985 feet deep and are sometimes found as deep as 3,300 feet. Pollock fishery is managed by NOAA Fisheries and the North Pacific Fishery Management Council, it is considered one of the best-managed fisheries in the world.

Commercial landings of Alaska Pollock in 2021 were valued at $383 million. Pollock is caught by trawlers that tow a large cone-shaped net through the mid-water.

Is Pollock better than Salmon? No, it isn’t better. It all depends on your criteria.

Alaska pollock—also known as walleye pollock—is a key species in the Alaska groundfish complex and a target species for one of the world’s largest fisheries.

Pollock is a semi-pelagic schooling fish widely distributed in the North Pacific Ocean with largest concentrations in the eastern Bering Sea.

FAQs – What are the main differences between Salmon and Alaska Pollock?